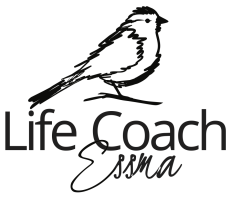 Moving to Frankfurt from Rotterdam

Moving to Frankfurt is by far the most challenging thing I have ever done in my life. Back then it felt that I was moving as a mom rather than as an expat.This because I wanted the transition to be as smooth as possible for our daughter. She was only three years old and she just experienced a recent move. The fact that we considered ourselves as a family who loves to stay at home and together, made the absence of my husband/daddy really challenging. His contract started before our actual moving date, so in reality that meant that our daughter and I were left behind. So count on a recent move and as if that wasn't already impacting a child, we had an even bigger move shortly after plus daddy who only showed up weekend after weekend...

From the suburbs to a metropole

We had hardly lived 2 years in our nice 5-bedroom house with a garden in the front and back, when we knew we had to leave already. We just started to get used to the cozy and clear neighborhood. Anyway, the fact was that we were about to move so we needed to do some planning. First we decided to take a city trip to Frankfurt so we could see how it even looks like and how it would be there. To be honest, I literally did not know anything about the city.

Once we arrived to Frankfurt in August for our city trip, we did some serious sightseeing. Normally we would go our own way and try to avoid the mass and tourist spots as much as we can. This time it was different. We ended up on a sightseeing bus, boat, tried some local food and above all: I was trying very hard to see the good in the step we were about to make. Even though it did not yet feel like it. A lot of sky scrapers, stores and surprisingly a very multicultural city! I honestly did not expect that! Especially not how green Frankfurt is. Within the city sight there are a lot of parks and trees. Not to mention the distance from A to B. By car almost within 10 minutes away from one another. These little coincidences made the proces of accepting to leave Rotterdam a little easier, I must say.

Shortly after our city-trip we had to return to `Frankfurt again for some house hunting. Together with an english speaking relocation agent we have sighted 8 houses in one day. If I may give you an advice: never do such thing! In my free downloadable PDF I explain why. After a while we found a beautifully renovated 3 bedroom apartment with high windows and absolute charm.

Once back in the Netherlands, we were now able to make more concrete plans with regard to the move and determine which furniture could and could not be taken with us. As we approached fall, we also got closer to the move date. In the meantime I had resigned from the primary school where I worked as a teacher. In my experience, everything accelerated and did not know how to find the brakes. All focus was on packing, calling the movers and canceling all obligations such as subscriptions, registrations and healthcare in the Netherlands. For me it was important to do all these steps myself. Not only because I am a very autonomous person by nature -and that my husband already started working in Frankfurt -, but later it turned out that this method was an unconscious way of not having to deal with my own grief. Because the inevitable also came closer; saying goodbye. As the moving day approached, the day of saying goodbye also drew closer. This was the most difficult thing for me and I wished that day would never come.

We moved to Frankfurt from The Netherlands in the fall of 2014 and the first hard pills to swallow appeared in March 2015. Not because it was such a big culture shock, but rather the singular events I experienced made it harder for me to get used to the Germans than I thought. Back then I didn't know what to expect from the Frankfurters and I certainly didn't have a manual on 'how to cope with them'. So I was determined to just act normal and behave as I normally would do in my homecountry. Actually that is not where I'm originally from as I was born in Morocco but I've lived most of my life in The Netherlands. As you may perhaps know, The Dutch are not very complicated people and so was I, I thought. The first period consisted mainly of unpacking boxes and exploring the neighborhood. In addition, I was looking for a new dentist, doctor and gym. I obviously was not prepared for anything else to be honest. My main focus was to create a warm home for our daughter. I'll deal with my own reality later on, I thought. The proces of relocating went a little different than desired.

In Rotterdam I just went with my natural life cycles. School, career and work. All of that went as it supposed to go. Even bumping into the love of my life and building a future together is established in Rotterdam. It was this confidence which I gained from all these major life events, I longed for in Frankfurt. All of a sudden I felt not that confident anymore.  Everyone but me apparently saw that we were sure of ourselves by taking such a big step. I didn't see any of that. Anyone else would think you should be confident to start a new life abroad. My partner did have that certainty because he was after all the reason for our move. We made this step because he got a great opportunity to grow in his career. I, on the other hand, wanted to fully support him and that's why we did it. Coming from Rotterdam which is known for a multicultural society, I felt like I didn't belong to any culture anymore.  Besides my own career, family and friends, I also left a little of my confidence back home. Sometimes when I think about how we got through our first immigration from Morocco to The Netherlands, that all remains like a fog.

Little did I know that some Germans -especially the elderly- are not interested or whatsoever in my spontaneous character. In fact, some of them even have the guts to treat you like garbage in a bakery! Where I came from, you could be fired for shouting at customers in a store. One day I friendly asked for the difference between a Butter croissant and a Laugen croissant, cause I really didn't understand the latter. The woman behind the counter literally yelled something back at me in German which I couldn't understand at all at the time. I could understand that it was not something friendly without having mastered the language. I was so shocked by her aggressive reaction that the only thing I could respond to that was by saying 'wie bitte?' (excuse me?) . I walked out of the bakery and ended up empty handed. No croissants which I was looking forward to. My daughter was just as confused. It was clear that this was not a nice introduction to one of the first Germans I encountered. Fortunately, this one-off experience was not representative of the Germans as I have come to know over the last 8 years. Later on I learned that the difference between a Laugencroissant and a Buttercroissant is that the crust of a Laugencroissant tastes a bit like a Brezel. More salty.

Moving as a child vs. an adult

The fact that I was only 4 years old, is the only explanation of settling in fast and adjust to the new culture more naturally. None of the things such as loneliness, not belonging and feeling stuck crossed my mind during that first move. Given that experience of mine, it might be true that young children have less problems adjusting into another culture than adults.

My advice: Leave some issues behind, it might ease your settling-in proces...

After a setback I grew stronger and learned that everything is possible. Being the youngest of a big family of nine, was something that I couldn't be more aware of during the first period after we moved in. I have never experienced homesickness on such a deep level before. But with the help of a psychotherapist which helped me tackle some inner issues, it become easier. What a lot of people aren't aware of, is the fact that you do not only pack your belongings and your family, but also yourself and all of your issues. To make them match your new model of the world can be a lonely and hard proces. To make the transition more smooth it might be useful to reflect on yourself and give yourself some time to proces what you're about to do. Some issues can stand in the way of surrendering yourself to the new situation and therefore you might want to leave them behind. Wish I had known that back then...